Mercedes Officer Struck By Vehicle Outside of Premium Outlet Mall 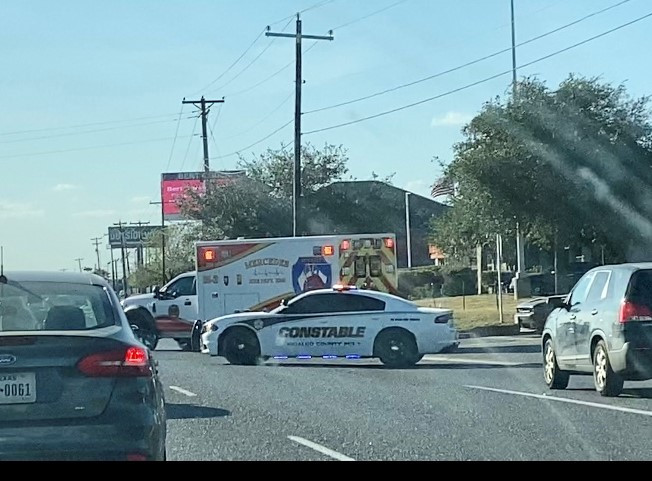 On the afternoon of November 17th, a member of the Mercedes police force was struck by a suspicious vehicle after attempting to investigate illicit drug activity within the area.

According to the Mercedes Public Safety Department, the accident occurred at approximately 3:25 p.m. at the Mercedes Premium Outlets. The officer was attempting to investigate what was reported as illegal drug activity occurring inside of a grey four-door vehicle.

As the officer tried to make contact with those inside the suspicious vehicle, the driver of the vehicle ran the man over. The officer sustained undisclosed injuries to his body and was rushed to the nearest hospital where he is currently being treated.

The injuries were not deemed as life-threatening, and the officer is expected to recover soon. No other details about pending charges were disclosed.

Law enforcement officials are on the front lines of potentially dangerous situations every day, and when tragedy strikes in the line of duty, it affects the fallen officer’s family and their community.

According to the Centers for Disease Control and Prevention (CDC), from 2010-2019, there was an average of one officer dying on U.S. roadways as a result of vehicle-related accidents.

Out of those reported vehicle-related deaths:

Auto-Pedestrian Accidents By The Numbers

As per data compiled by the Texas Department of Transportation in 2019, there were a total of 5,952 pedestrian-related incidents across the state. Out of those reported incidents:

These statistics illustrate how deadly such encounters can be for pedestrians, signaling how important it is for pedestrians to stay vigilant while out and about. Wear reflective gear, walk on the sidewalk, and use crosswalks. Should there be no sidewalk or crosswalk, walk on the left side of the road against traffic and cross the road at the nearest crosswalk respectively.

Should you or a loved one be struck by a vehicle, the McAllen car accident attorneys of J.Gonzalez Injury attorneys will fight tooth and nail for your right to compensation.