The Search for a Hit-and-Run Suspect Continues 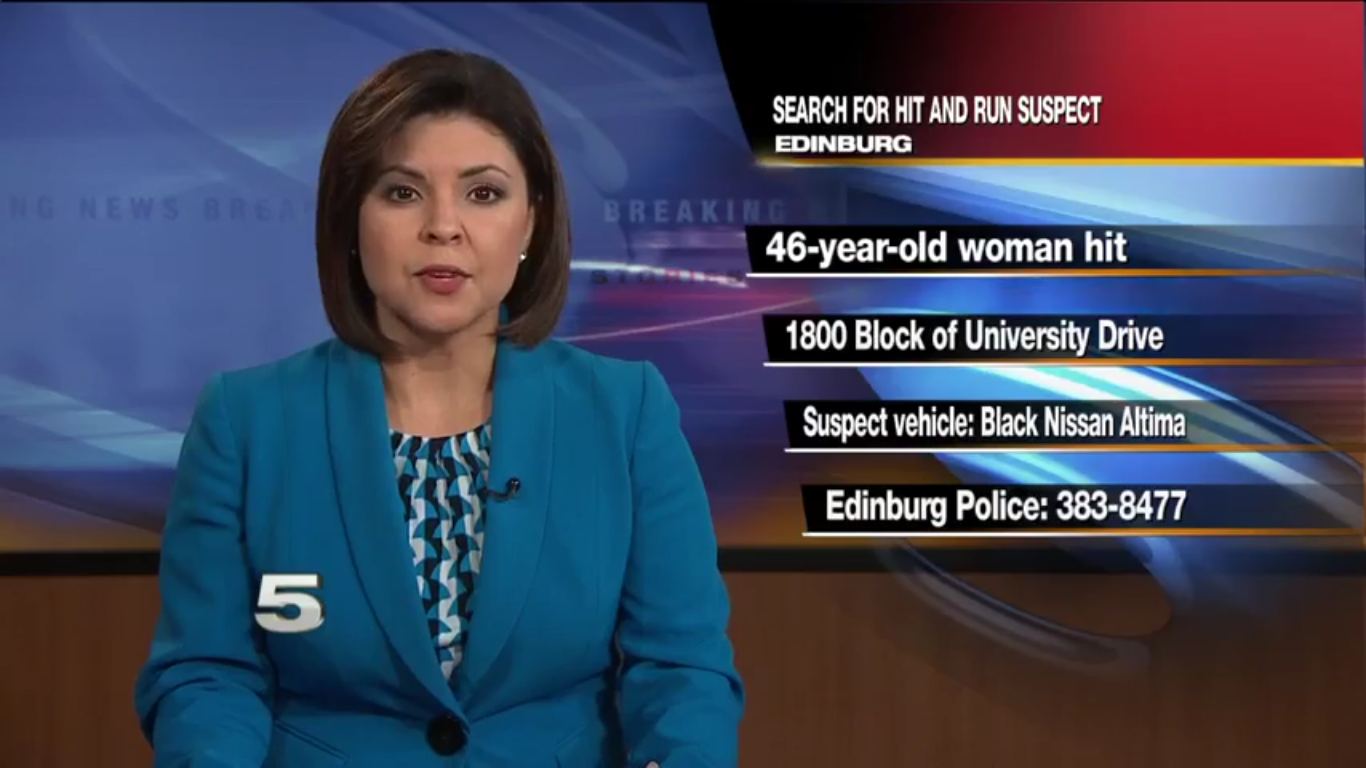 Authorities in Edinburg are looking for a driver responsible for a hit-and-run that occurred Monday night.

Details of the Incident

On the night of Monday, August 27, a woman was struck by a black four-door Nissan Altima on University Drive. Fortunately, the victim of the hit-and-run only suffered minor injuries.

The search continues for the driver responsible. In Texas, a hit-and-run can be considered a third-degree felony.

In order to ensure that everyone traveling on Texas’ roads is provided aid and safety when they need it most, legislators have passed a number of laws that are designed to keep those involved in car accidents at (or near) the scene of the incident.

In particular, § 550.021 requires that everyone involved in a car accident that resulted in the injury or death of another party is responsible for:

In cases where damage was caused to a vehicle, § 550.022 requires drivers involved to:

Failure to stop immediately after a car accident carries with it penalties such as:

There are certainly legal challenges that come with being involved in a hit-and-run accident, but one of the most important steps that you can do is to try to remember as many details of the incident as possible. Ask yourself:

Finding answers to these questions can help pinpoint who is responsible for your hit-and-run car accident. It is in your own best interest to answer these questions and write down notes as soon after the accident as possible. Your memory of events may change or become foggier with time so get this information down immediately.

It is also important for your investigation to share any of this information with the police and your car accident attorney.

You will also want to get in contact with your insurance company to file a claim. Even if you don’t have any information regarding the other driver, it may be possible that you have underinsured coverage which can potentially cover some damage or medical expenses.

According to the American Automobile Association Study, Hit-And-Runs Have Increased in the United States at an Average of 7.2 Percent Per Year Since 2009. Don’t Become Another Silent Statistic.

Just because you’ve fallen victim to a hit-and-run doesn’t mean all hope for some sort of relief is out of reach. You are due compensation for your traumatic experience.

At J. Gonzalez Injury Attorneys, it is our duty to ensure that you get the justice you deserve. If you’ve been involved in a hit-and-run, enlist the aid of our expert car accident attorneys to ease your worries. We’ll fight to get the compensation you need to get you back up on your feet.

Contact us at any of our McAllen, Brownsville, and Rio Grande City locations for your free legal consultation today.

Image and information pulled from krgv.com.