Texting Leads to Tragedy in Texas 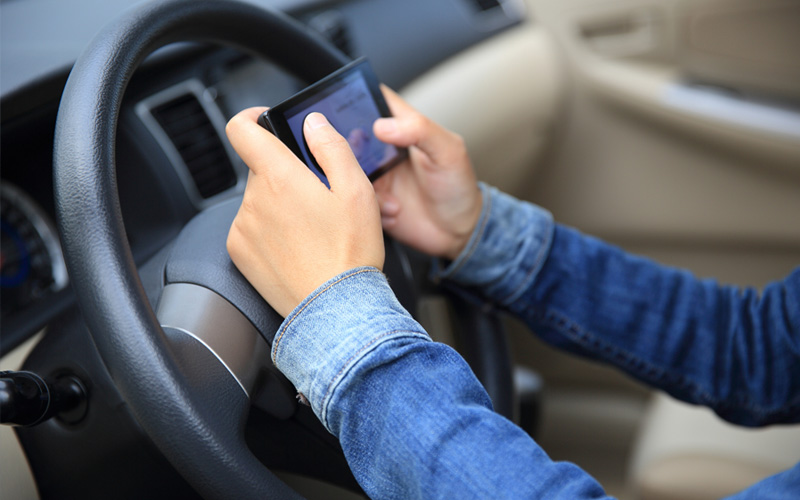 Jack D. Young, 20, was driving a truck that collided with a van carrying a church group of senior citizens. The driver of the pickup truck was seen driving erratically before his vehicle swerved into the southbound lane and crashed into the church minibus head on, claiming the lives of 13 passengers, and severely injuring another.

Young claimed to have been texting before the tragic accident.

Trying to Prevent a Crash

A number of 911 calls were made prior to the accident reporting an “erratic driver,” officials said. Constable Nathan Johnson stated that the first call was made in Real County by another motorist who had seen the pickup driving dangerously while traveling north on Highway 83.

Several other calls were made as he traveled through the region but county officers were unable to locate the vehicle.

Another call was made to the Uvalde 911 department by Jody Kuchler, a 55-year-old self-employed welder, who followed behind the truck for at least 15 minutes and even managed to capture video of the truck swerving recklessly from lane to lane.

Kuchler, when sharing his account with the San Antonio Express New, said that the driver of the pickup truck “kept going off the road and into oncoming traffic and he just kept doing that.”

Kuchler called into the sheriff’s offices of both Uvalde and Real counties in hopes that law enforcement would be able to stop the driver before he hit somebody.

The next call to emergency officials occurred at 12:20 PM to report a crash between the minibus and the pickup.

Authorities say the bus was traveling southbound after having left Alto Frio Baptist Encampment in Leaky, carrying members from the First Baptist Church in New Braunfels. The wreck occurred along a patch of highway where the road curves and the speed limit is 65 MPH.

Kuchler was a witness of the accident and immediately jumped into action after seeing the deadly crash by checking on both the passengers of the bus, and Young, who was driving the truck. Kuchler told the AP that he was able to speak with Young, who said, “I’m sorry, I’m sorry. I was texting.”

The Texas Department of Public Safety confirmed on April 4th that 20-year-old Young was released from University Hospital.

Authorities have stated that the crash remains “under investigation,” and National Transportation Safety Board Investigator Jennifer Morrison commented that the investigation could take up to a year to complete.

Cellphone records, airbag deployment data, and video have all been collected by federal investigators to help better understand the cause of the deadly crash.

The Need for Texting Ordinances

Although numerous cities across the state of Texas have ordinances set in place that make texting while driving illegal, the state has no major legislation to dissuade dangerous driving caused by cellphone use.

The Texas Legislature approved a statewide ban in 2011 that was unfortunately vetoed by then-Gov. Rick Perry who criticized the law as government attempting to micromanage adults.

However, renewed hope in implementing a much need statewide texting ordinance has been found in House Bill 62, which was recently passed by the Texas House, but needs to make its way through the Senate floor next.

The House approved the measure by a wide margin of 114–32 votes.

The House last week approved the measure and sent it to the Senate with a 114–32 vote.

J. Gonzalez Injury Attorneys is here for your when tragedy strikes.

Our hearts go out to those affected by this horrific event. With the sudden loss of a loved one comes many unanswered questions. The attorneys at J. Gonzalez Injury Attorneys can help you get the answers you deserve.

There is nothing that can ever replace a loved one, but receiving justice can shield families from the financial struggles caused by an untimely death. If you or a loved one has been seriously injured or affected by the loss of life because of the negligence of another driver, contact our offices immediately at (956) 630-6700.

Gonzalez Law Firm is here for you.