Truck Smashes into the Side of Los Fresnos School Bus, 28 Student Passengers Inside 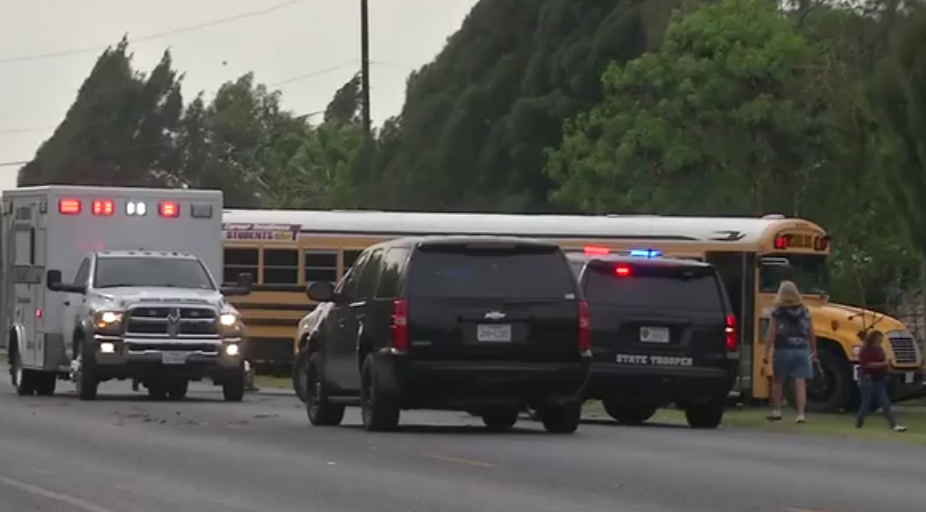 On Wednesday, October 31, a Los Fresnos CISD bus was involved in a collision just outside of the Los Fresnos city limits. The crash occurred at the intersection of Siesta Lane and FM 510.

DPS investigators report that the driver of a maroon pickup truck was responsible for the collision. The pickup rammed into the side of the bus as it was turning left.

Out of 28 children aboard the school bus, there were no reported injuries. The driver of the pickup was cited for negligent driving.

The World Health Organization has provided an analysis of road traffic injuries for the year 2018.

Statistics and facts from the site report as follows:

Speeding is a large culprit of deaths by road traffic collisions. Traveling at higher speeds can increase the chances of damages caused in a collision as well as increase the likelihood of a crash.

Driving under the influence of alcohol and other drugs is another factor of fatal road traffic crashes.

The lack of use of safety restraints in vehicles and helmets on motorcycles increase the rate of death and injuries caused by a road traffic crash.

What is Driver Negligence?

If you have been involved in a car accident caused by a driver that has acted in a reckless or careless manner, then the negligent driver is liable for damages and injuries caused to you or your loved ones.

The term negligence is often used in car accidents to appoint liability of causation. In certain situations, the insurance company representing the negligent driver may comply and pay for the damages ensued.

However, there are cases, more often than not, when the guilty party and their insurance company may try to avoid payout and deflect blame on you. In this case, you should seek the professional help of dedicated the car accident lawyers at J. Gonzalez Injury Attorneys.

Our expert personal injury attorneys can provide you the comprehensive services you need to defend yourself against the clever tricks of the defendant, their lawyers, and the insurance companies, who will manipulate the terms of liability to lower your settlement.

Contact the experienced lawyers at J. Gonzalez Injury Attorneys to fight for everything you deserve.

If you or a loved one has been seriously injured in a collision caused by a negligent driver, you deserve full compensation for all the pain and suffering you have endured. The loyal car accident attorneys at J. Gonzalez Injury Attorneys have helped countless victims in avoiding the manipulative tactics of negligent drivers and their defense teams.